We will do our best to accommodate your busy schedule. Please schedule an appointment today!

Please complete this form to request an appointment. Please note that you do not have an appointment until you receive confirmation from us. Thank you! 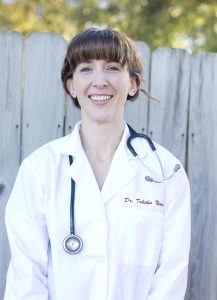 Dr. Tabitha Norris was born and raised in North Arkansas. She completed her undergrad at Arkansas Tech University. She received her DVM from Oklahoma State University in 2003 and practiced in North Arkansas until 2014. She and her family then moved to her husband’s home place of Monticello, Ar. Dr. Norris purchased both Monticello Animal Clinic and Warren Animal Clinic from Dr. Rocky Lindsey in June 2015 and is one of the full time doctors there. She has a special interest in internal medicine cases and abdominal ultrasound. Tabitha enjoys spending time with her husband Chance, son Caleb and daughter Tessa. As a family they enjoy riding horses and hunting. They are active members at Pauline Baptist Church. 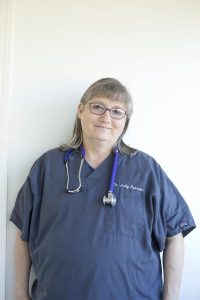 Dr. Judy Poirrier received her Animal Science degree from Louisiana Tech University in 1983, and graduated from LSU-School of Veterinary Medicine in 1987. She has been practicing medicine since then and has been a part of the Monticello community since 1989. She and her husband, Dr. John Poirrier, own the Town and Country Veterinary Hospital in Dumas, Arkansas where he is the sole veterinarian. They have three children; Christopher, Teri and Jacob. Dr Judy Poirrier is a member at St. Mark’s Catholic Church. 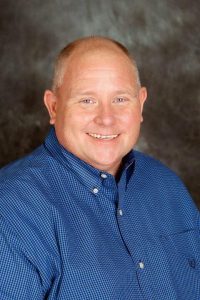 Dr. Doug Mullins is a skilled Veterinary Surgeon with 18 years of experience in companion animal medicine. He graduated from Ouachita Baptist University in Arkadelphia in 1992 with a Bachelor of Science in Mathematics/ Physics and from LSU School of Veterinary Medicine in Baton Rouge in 1999 with a Doctor of Veterinary Medicine. Dr. Mullins was formerly employed at 4-West Veterinary Clinic in Monticello as the practicing Veterinary Surgeon. Dr. Mullins is married to Rachelle “Shelly” Mullins and they have two daughters, Mallie and Lyndie. In his free time Dr. Mullins enjoys spending time with family, watching movies, fishing, hunting and singing. 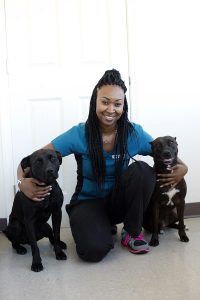 Raven Smith is a native of Hot Springs, Ar, but has resided in Monticello for the past 10 years. She has been working at the Warren and Monticello Animal Clinics since 2008 where she started out as kennel technician and worked her way through to office manager. She graduated from the University of Arkansas at Monticello with a Bachelor’s Degree in Agriculture in Animal Science. Raven has one child, Isiah Xaiver. 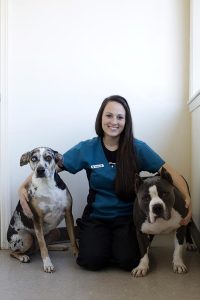 Emily Phillips is native from Benton, LA but has resided in Rye, Ar. She has been working at the Monticello Animal Clinic since 2011 where she is the employee manager. She graduated from
University of Arkansas at Monticello with a B.S. degree in Agriculture with a double emphasis in Animal Science and Plant and Soil Science. Emily and her husband have one child, Piper Olivia.
They enjoying hog hunting, deer hunting and fishing in their spare time. 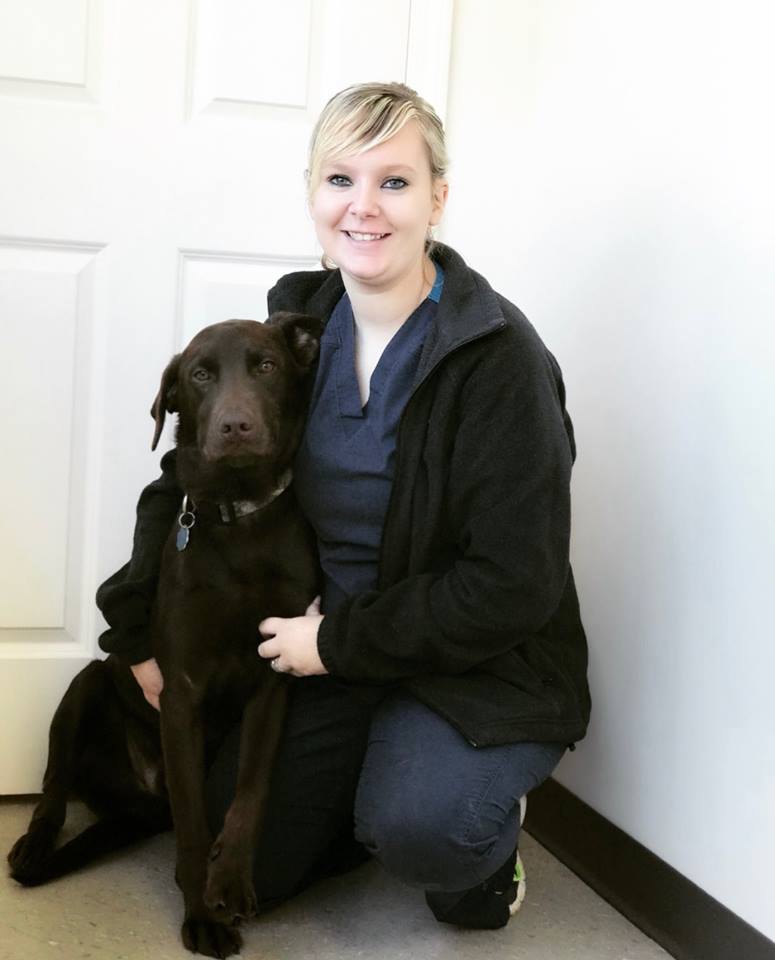 Hope Grider is from Warren Ar. She has been with us since October 2017 where she is a vet assistant. Hope and her husband Justin had their first child, Emma Grace in May of 2018. They enjoy
hunting, fishing and mud riding. Hope has two dogs named Hank and Boots. 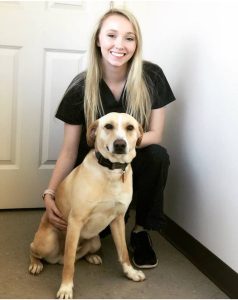 Holly Hancock is born and raised in Monticello Ar. She has been with us since August 2017, where she is a vet assistant. She is the mother of a little boy named Eli. They have a mountain cur named Ace. They enjoy coon hunting and four-wheeler riding in their spare time. 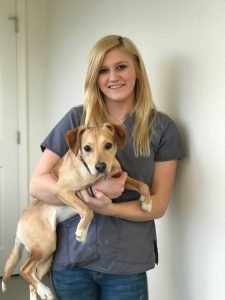 Abby Callahan is from Collins, Ar. She has been with us since July 2017 where she is a vet assistant. She is currently obtaining her GED. Abby has one dog named Mia who she rescued from a shelter. She enjoys barrel racing and hunting in her spare time. 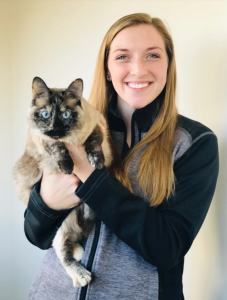 Sara Claspell is from Evansvillie, Indiana. She has been with us since April 2018 as a vet assistant. She has a 9 year old cat named Ms. Meowgie, who was bottle raised. Sara enjoys the outdoors and traveling in her free time. 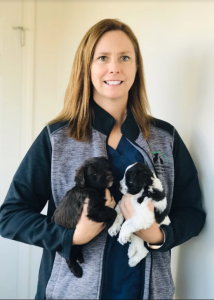 Angelia Lamb is a native of South Arkansas and holds a Bachelor’s of Science in Chemistry from the University of Arkansas at Monticello. She and her husband, John, have three adult children, two grandchildren, two dogs, one cat and one grandpup. They enjoy spending time with family, camping, canoeing, hunting, gardening and going to the beach. They are members of the Hampton Missionary Baptist Church.